Face to Face is a 2D, 1vs1 fight arena, with pixel retro style, where players have to beat the opponent using the weapons found on the stage and with a time constrain of 60 seconds.
I made this game by myself in Unity 5, when I was learning programming, so it was a challenge to put in practice C# and Unity behavior.

This project is made in Unity 5 in one month, where I took all the roles: 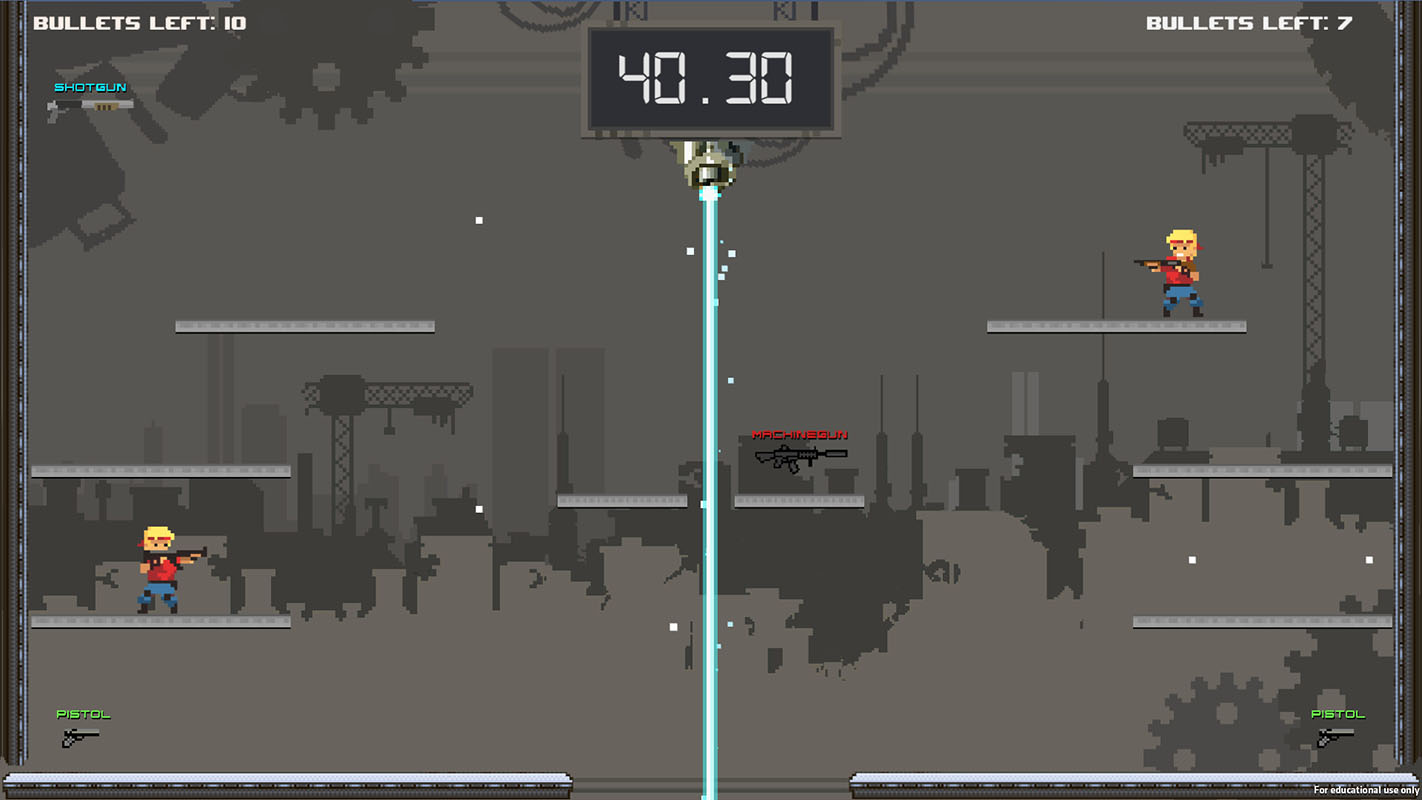 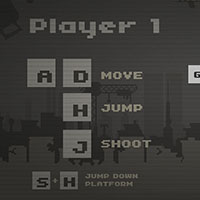 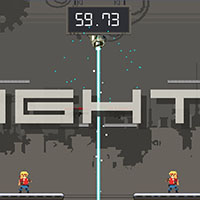 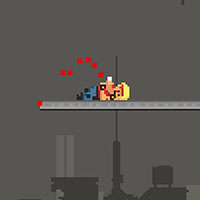 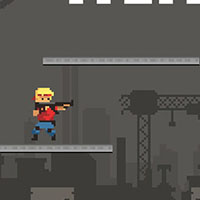 The project is completed, free and ready to play in this link: Face to Face
(only for 2 players, sharing keyboard)